How to use Eversound’s microphone transmitter to enhance conversation 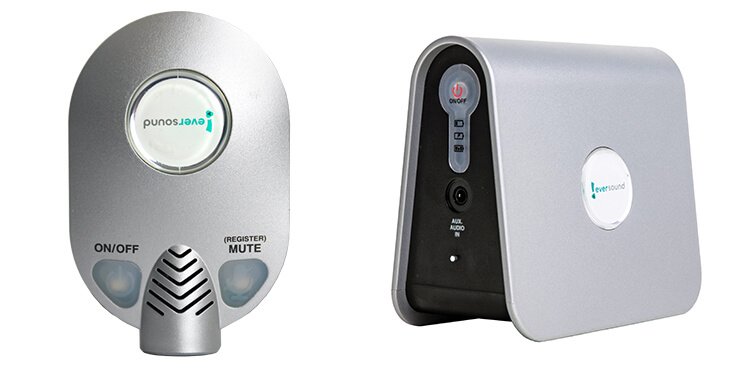 the brains of our system

The group transmitter is aptly named, as it’s the perfect transmitter for large group events. It has dual audio inputs, meaning you can have voice input from a microphone, while simultaneously having audio input from a television, iPad, phone, or other device. So, it’s great to use when you have a larger group activity where you would like music or video to be playing while residents are being led through an activity by staff or a guest performer. This transmitter is included in both the activity and community packages. 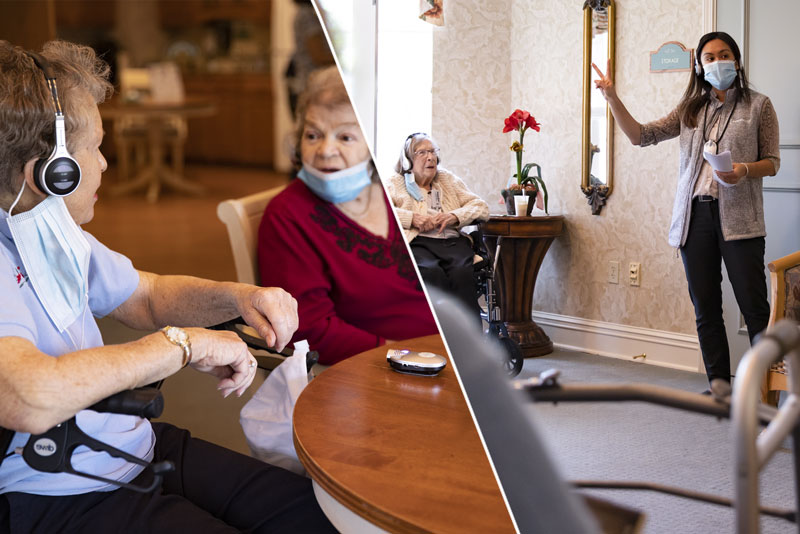 The microphone transmitter is ideal in cases where you have small group conversation and don’t want to have to pass around a microphone to each person as they speak. If you have a couple of residents who enjoy chatting over a game of Rummikub, or sharing the latest gossip over their morning coffee, the microphone transmitter can be placed on the table in between them to allow for their back and forth conversation to be amplified by the headphones. It’s especially helpful when the residents are trying to converse in common areas while there are other activities going on, since the headphones will help reduce the noise of the surrounding distractions. The mic transmitter is also great for family visits. Rather than teaching residents’ family members how to use the microphones that are needed with the group transmitter, you can simply place the mic transmitter on the table in between the resident and their family to allow for a more natural feel during their conversation.

The microphone transmitter is included in the connection and community packages. It’s also available as an a la carte product for those who do not have it included in their activity package, or those who would like to have additional microphone transmitters for use in simultaneous small group activities. If you choose to purchase as an add-on, you will be able to use it with headphones from your existing headphone set.

If your community is equipped with both the group transmitter and the microphone transmitter, then we can guarantee that you are best equipped to use your Eversound headphones in every activity! Our resident impact advisors can help you identify the best package option for your community. Contact us to schedule a quick 15-minute consult.

If you’re an existing customer interested in adding on a microphone transmitter to your package, reach out to your dedicated Customer Success Manager and let them know!